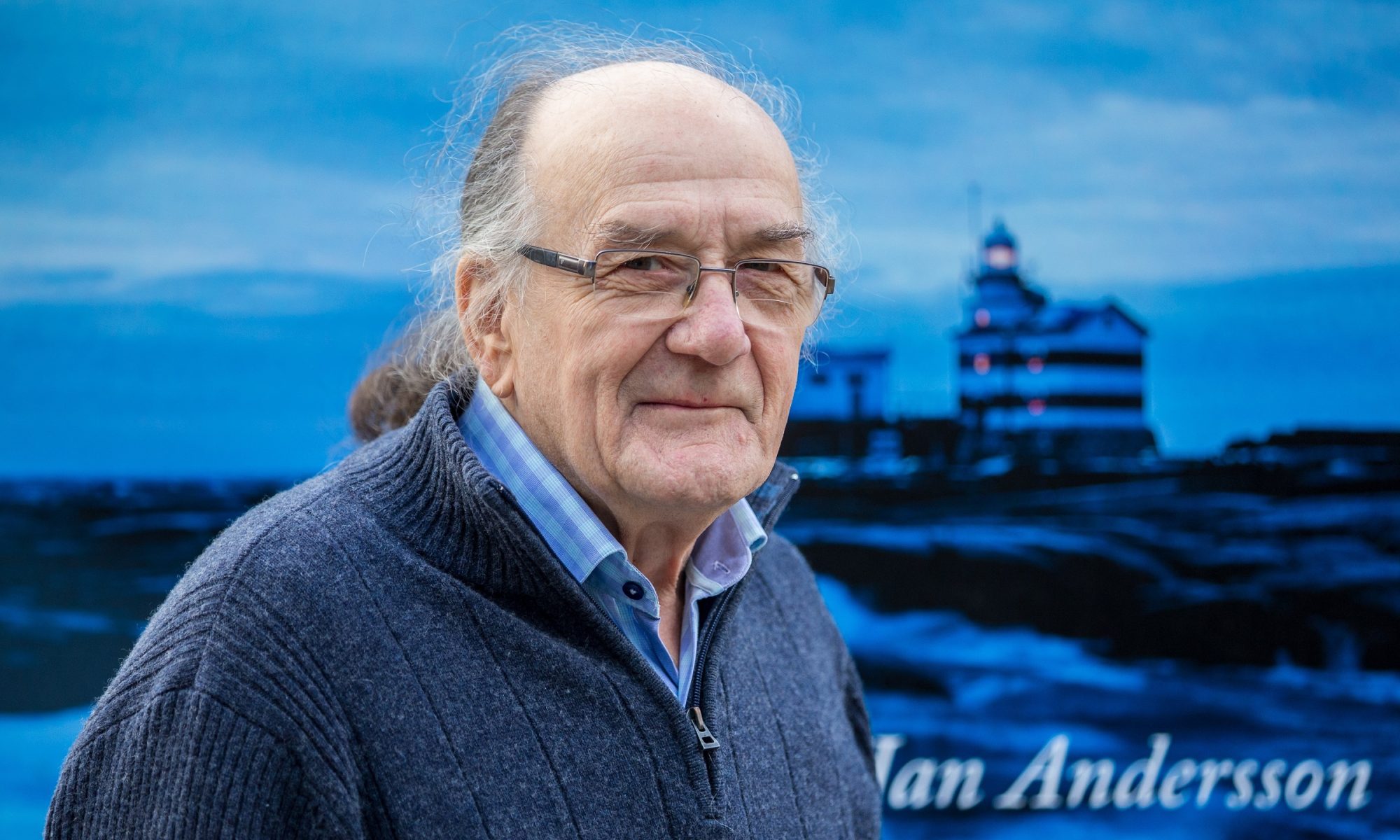 He moved to Märket as a substitute lighthouse keeper, on the recommendation of his father. He got the position even though he had no seafaring experience.

In 1965 he got a permanent position at Märket. This became the task that marked his life. A few years before the automation of the lighthouse in the beginning of 1977 Kee started as a pilot cutter driver at the Nyhamn pilot station on Åland and continued there until he was pensioned in 1997.

During the summers Kee’s family and other relatives visited him on Märket from time to time. Also, his father, his uncle and other colleagues worked there. He could be at the lighthouse with his father for long periods without speaking to him, without them being on bad terms with each other. The loneliness did not depress him in any way, he explained in the biographical film Märketin majakanvartija (the Lighthouse Keeper of Märket). Kee lived in the small attic room of Märket, where also his radio amateur equipment fitted in.

The radio amateurs discovered Märket at the end of the 1960’s and realized that Märket could be made into a separate radio amateur country. This was also done. Kee also became interested in being a radio amateur and started to create a brand of Märket – and a little of himself also. He published sought-after RA-cards, which he sent to those who had achieved a connection. In this way Kee became known all over the world. He may have been the best known ålander of his lifetime.

Kee understood early, that the manning of the Märket lighthouse will be discontinued and that his task will be to transfer the unique story of the lighthouse island to future generations, lighthouse enthusiasts as well as radio amateurs.

He started fulfilling this task already in the 1970’s, among other things by buying an 8 mm camera with which he filmed the most important events and phenomena on Märket. He also appeared in the films himself. The films created by Kee are a key source in the biographical film (2015) about him, which was published at the same time as the Märket history book.

Kee gave his time unselfishly both to lighthouse enthusiasts and radio amateurs. After the closing of the lighthouse, he attended many radio amateur outings to Märket, which was practically abandoned. At that time, he also saw the gradual destruction of Märket, which was suddenly stopped by the Finnish Lighthouse Association coming to the island in 2006. Kee attended, among other things, the international lighthouse conference in Mariehamn in 2009, recounting events on Märket, and also after that, whenever asked. Kee’s willingness to help was visible in charity work on Åland. Kee was a beloved, modest man, who is missed by his nearest and relatives but also by a large group of friends and lighthouse and radio amateur enthusiasts.

The writers are Kee’s brother and an enthusiast specialized in lighthouse history documentation and a long-time friend of Kee Eriksson.